Today, the VCC has the Band of Her Majesty’s Royal Marines Cadets and consists of two elements:

The Band and Corps of Drums both wear the traditional ceremonial Blue uniform as worn today by the Royal Marines Band Service, a privilege granted to very few outside of the Service.

Our musical cadets have an illustrious past, with our bands having appeared at the Royal Tournament, Jersey’s ‘Battle of the Flowers’ carnival, the Ashbourne Highland Gathering and Portsmouth Navy Days.

We accept direct entry to the Band for cadets whose musical skills are already well developed, subject to an audition.  Our Band and Corps of Drums is also available for public displays for which we may ask for a modest donation to cover costs.  Appearing in public not only raises the profile of the Volunteer Cadet Corps but also helps develop cadets’ confidence and allows them to show off their well-earned skills. 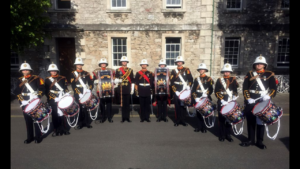 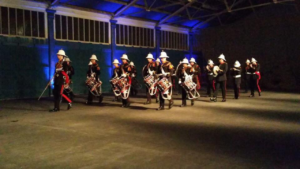